Unemployment in South Africa has reached approximately 23.9 percent. There is absolutely no doubt that there is a critical skills shortage in our job market for specialist skills but could there be more to the the problem of talent for employers? 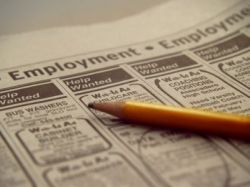 While we do not wish to extrapolate to South Africa from one of the worlds biggest economies, the UK, unemployment in Britain has reached 2.65m.  Employers in Britain, however, regularly bemoan the lack of skilled applicants.  A report recently released by the Chartered Management Institute (CMI) shows that employers are not offering sufficiently attractive financial offers to candidates and that is why they cannot attract or retain the staff they need.

The article below was originally published in the Telegraph:

Do skills shortages really exist when so many people are out of work?

Employers admit they are offering too little pay to attract the best workers for jobs - a key reason why they struggle to recruit staff aside from so-called 'skills shortages'. Skills shortages often take the blame when employers say they cannot recruit the right staff for available jobs. Businesses claim the education system is failing to produce “work-ready” candidates, while specialist, senior roles can go unfilled for months because of the so-called dearth of expertise. 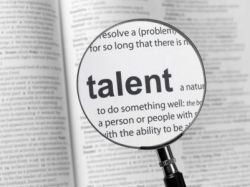 In a global survey by PriceWaterhouseCoopers, results show that 24% of CEO's globally have directed delays or indeed cancellations on key strategic corporate initiatives due to talent shortages. It is no surprise that skills shortages are a 'top threat' to business growth and in a developing country like India, a sibling to South Africa in the BRICS, it is one of the top strategic issues. The article below, published in the Business Standard, outlines some of the reactions of Indian executives and the key industries affected.

'41% CEOs in India delayed plans due to talent crunch'

About 41 per cent of chief executive officers (CEO) in India have cancelled or delayed a key strategic initiative because of skills shortage, an annual global CEO survey by PricewaterhouseCoopers (PwC) states. In China, the figure stood at 31 per cent, while it was 24 per cent globally. However, the chief executives are optimistic about the availability of talent.

How would you weigh an elephant without using a scale? 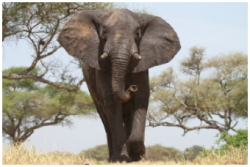 One sure-fire way to cherry-pick the juiciest applicants in any field is to prune the bush of potentials with the razor-sharp shears of a mind-bending riddle or trick question. The tradition of using logic puzzles in interviews has been taken to the extreme in companies such as Google, Hewlett-Packard, and Amazon.  However, we have to question the logic of this - candidates will surely search Google for advice on solving Google interview questions, won't they?

Apparently though, Google does encourage it's interviewers to ask more open-ended questions of its candidates, weeding out the inappropriate people by making assertions on their character and strategic thinking by analysing their answers.  Seems that Google interview questions have gotten out onto the web after all (Note to reader: here is a Google search result for this query http://ow.ly/dGTYD).

A recruitment agency in the UK carried out a survey of their candidates and found that "two out of three candidates welcome obscure lines of questioning as part of the job interview process." Even if questions seem unrelated to the job that a candidate is interviewing for, it may give them the opportunity to showcase their abstract thinking or personality, differentiating them from other candidates with similar profiles. Imagine you enter an interview situation at a major corporate and the HR manager who is interviewing you says: "Just entertain me for 5 minutes, I'm not going to talk".  Sounds like a great way to get through the day for the HR manager, but does it work?  What if a highly skilled candidate is shy or simply boring? 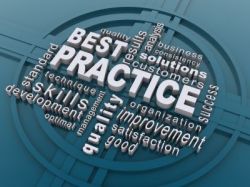 In the article below Maxwell asks three critical questions of candidates for the presidency of the US Government.  We at Fusion Consulting don't interview candidates for president (although we'd love to) but we do interview people who must be decisive and passionate leaders in their new positions.

We ask slightly modified versions of the questions below, namely:

- How can you help my client?
- What motivates you?
- What's your track record?

These questions sort out the excellent from the adequate, the qualified from the passionate, because we live in a world where candidates need to be more than able, they need to be superb.

Please read this article by John Maxwell below on "Three Questions for Candidates". 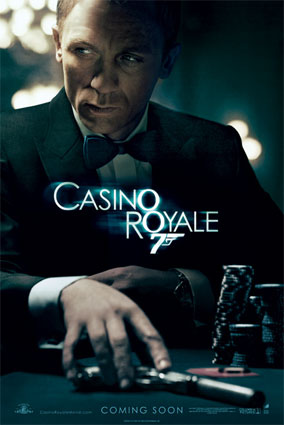 Considering that Bond is technically employed by the Government, let's review: his insubordination would probably not 'fly' with the local municipality; ministers would not be able to tolerate his freelancing, and treasury would have to devote much of the national budget to cleaning up his messes. So, why is he still the darling of MI6? Loyalty for one.  In Casino Royale he almost retired for good but we knew it couldn't be true.  His work is in his blood, his DNA even.  He was born to be a spy and would never be happy doing anything else.

He's not afraid of the competition.  Mr Bond has rivals that threaten to take over the world.  Not to be outdone or intimidated by his evil counterparts, Bond stays the course and puts full focus on his career goals.